Out of the Silence — Patti Hill 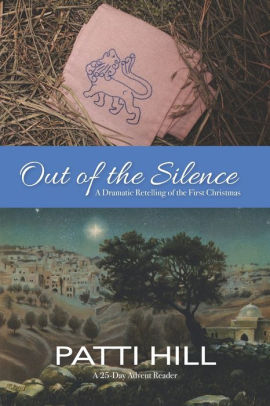 
When Matthew and Luke wrote their accounts of God entering human history, they carefully set their story in time and place with phrases like, during the time of King Herod and Caesar Augustus issued a decree. But they left out the nuance of their culture and the political climate of the time, things already known by their readers. Out of the Silence provides that context to contemporary readers, raising the curtain on life in first-century Judea and Galilee. Serve in the temple with Zechariah. Be present at Mary and Joseph's betrothal. Agonize with Joseph over Mary's alleged infidelity. Trudge into the hills with the shepherds. And enter Jerusalem with the wise men. Read Out of the Silence as a novel, or read a chapter a day during the month of December to be immersed in the Christmas story all through the season.