Out of Sight — T.J. MacGregor 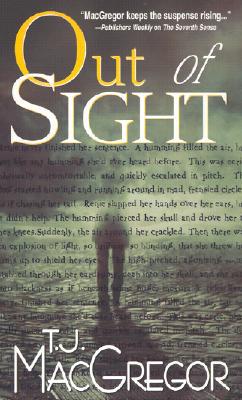 For Logan Griffin and her newlywed husband, Tyler, the chance to grab a quick thirty grand was too tempting to pass up, so they agree to become human guinea pigs for a revolutionary experiment on the secret of invisibility. The project head, George Nash, is the son of brilliant scientist who worked on a similar top secret project with Einstein and Tesla, and he assures them any results will be strictly temporary.

But when the experiment goes horribly wrong, Logan uses her invisibility to flee the lab, while Tyler is left behind to an uncertain fate, Now, Logan is coming back -- along with an unfortunate family of vacationers who were also caught in Nash's net -- to reclaim her husband...or what's left of him. And Nash is about to learn that what he can't see can most definitely hurt him.