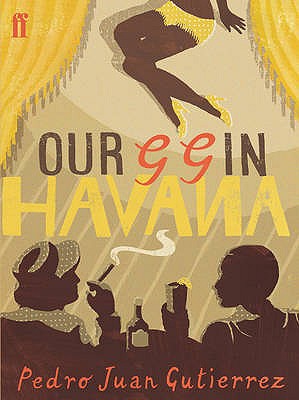 Share:
GG - who may or may not be Graham Greene - arrives in Havana in 1955 in search of a good time. He heads to the Shanghai Theatre, and after becoming transfixed by the many sex acts he sees, he goes backstage to meet the star of the show, Charity. GG falls for her, and the pair spend the night together. But when he returns the following night, he finds, to his horror, a dead body in her dressing room; and a newspaper article reveals he's considered the culprit. Packed with vacuum salesmen, Cuban intelligence officials, dead bodies, spies from around the world and the heady nightlife of Havana, Gutierrez re-writes "Our Man in Havana", lacing the narrative with observations of Greene's work, his sources of inspiration, his desires and his phobias in a novel of sex, spies and literary commentary.