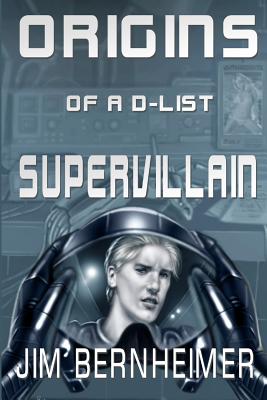 Even D-List Supervillains have to start somewhere. Follow Cal Stringel’s misadventures as he climbs to the lowest levels of supervillany in the prequel to the smash hit, Confessions of a D-List Supervillain. Angry that he wouldn’t be known as the engineer who made Ultraweapon’s force blasters, Cal resigns to chase after a bigger, better paycheck. However, the Promethia Corporation isn’t going to let him go that easily and sets out to make his life a living hell. Fed up at being pushed around by a company with an endless supply of lawyers and litigation, Cal sets out to build his own version of Ultraweapon’s powered armor and take his revenge! What Cal doesn’t count on is just how hard this is going to be. Along the way, he will make both friends and enemies and discover how hard hitting rock bottom can feel. Whether Cal is trying to smooth talk his way out of the prison for supervillains, haggle with nefarious employers over the price of his inventions, or battle with the Gulf Coast Guardians, he’s in for one wild ride! He’ll need to learn that when money is tight that everything has a price – from the cost of making weapons for a psychotic speedster to how much to charge for taking the blame for a drunken rampage through Las Vegas.
Reviews from Goodreads.com