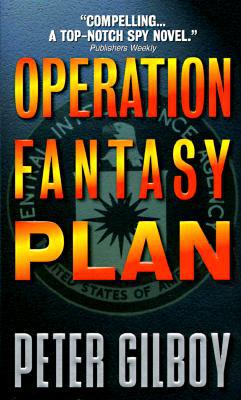 A Fantasy Plan. . .
For eighteen years, Peter Gaines has traveled the globe as one of the CIA's top agents. Suddenly this former golden boy is unceremoniously cut loose from the Company. But the ethically bound Peter refuses to let go. Without authorization, he returns to the site of his last assignment--a CIA-operated Thailand sex shop, the Fantasy Store.

With No Escape.
In the erotically charged atmosphere of the Store, unsuspecting Japanese government officials and scientist have their wildest desires gratified, the more hedonistic the better. For all their illicit actions are captured on videotape, and used to coerce them into revealing economic and government secrets. Working in the shadows, Peter learns that the powers behind the Store cater to all of their clients' whims, no matter what the price. And to satisfy the forbidden yearnings of their cleintele, the Store is about to engage an innocent woman from Peter's past to serve as their most alluring instrument of pleasure--and their most expendable.
Reviews from Goodreads.com