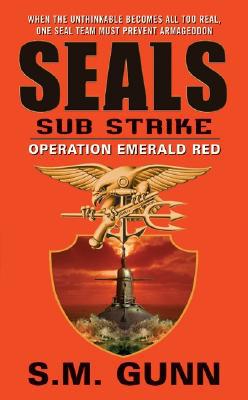 Share:
A New World Order has created a new kind of threat -- and a new breed of SEAL must emerge to prevent the Apocalypse.

Thunder in the East

Borders have been redrawn, old enemies have fallen, and new ones have arisen from the ashes to threaten civilization. While the Cold War has ended, it has left in its wake a Russia more unpredictable, more unstable, and more dangerous than ever before. Grigoriy Rostov, a former commander in the elite Spetznaz special forces now turned arms dealer, knows how to procure some of the former USSR's most destructive and vulnerable weaponry. Selling these next-generation Weapons of Mass Destruction to his client will almost certainly precipitate a war between the U.S. and China, opening the door for Russia to reclaim its place as the sole remaining superpower, and making Rostov a millionaire in the process. The only thing that can prevent Taiwan from becoming Ground Zero in the next World War: a top-secret new unit within the Navy SEALs.