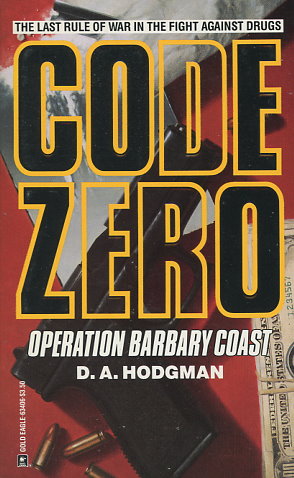 
The most elite unit in he Drug Enforcement Administration, Centac has one hundred agents -- only seven are authorized for Code Zero. Activated o avenge the death of agents murdered in the line of duty, Code Zero gives authorized agents the power -- dire t from the Oval Office -- to act as judge. jury... and executioner.

The Team is an Aryan supremacist community led by a greedy, twisted fanatic whose racist agenda includes ripping off and blowing away drug dealers. Their pirating operation brings on the heat when they unwittingly murder undercover DEA agents. This one goes to agents Harry Wolfe and Carmelita Morales, who are pitted against the deadliest killers the other side of the drug war could put in the field.