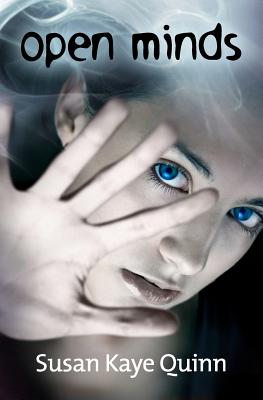 
When everyone reads minds, a secret is a dangerous thing to keep.Sixteen-year-old Kira Moore is a zero, someone who can't read thoughts or be read by others. Zeros are outcasts who can't be trusted, leaving her no chance with Raf, a regular mindreader and the best friend she secretly loves. When she accidentally controls Raf's mind and nearly kills him, Kira tries to hide her frightening new ability from her family and an increasingly suspicious Raf. But lies tangle around her, and she's dragged deep into a hidden underworld of mindjackers, where having to mind control everyone she loves is just the beginning of the deadly choices before her.MINDJACK: KIRAOpen Minds (Book One)Closed Hearts (Book Two)Free Souls (Book Three)Mind Games (Book Four) - novellaThe Handler (Book Five) - novellaThe Scribe (Book Six) - novellaKeeper (Book Seven) - novella MINDJACK: ZEPHLocked Tight (Book One)Cracked Open (Book Two)Broken Wide (Book Three)The Locksmith (Book Four) - novellaFORMATS AND TRANSLATIONSMindjack available in ebook, print, audiobook, French and GermanLIVE ACTION TRAILERVoted Best Trailer at the 2014 Illinois International Film Festival and one of 50 Most Cinematic Trailers Ever Made – check it out at Susan’s website.