Only You — Stephanie Feagan 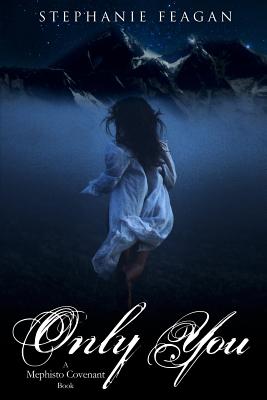 Share:
Raised by abusive relatives in Bucharest, Mariah learned to box up agonizing memories and put them in permanent mental storage. Now almost nineteen, she's steadily overcoming her past, but when an enigmatic stranger walks into the pub where she works and the trajectory of her life changes yet again, she begins to wonder if she'll run out of mental shelf space. The only females unafraid of the Mephisto brothers are the extremely rare Anabo, born without Original Sin. Over one hundred years ago, Phoenix's Anabo was murdered by his oldest brother and enemy, Eryx. Wrapped up in grief and guilt, Phoenix's only outlet is planning takedowns of those who pledged their souls to Eryx. When Mariah is brought to Mephisto Mountain, he's torn between his instinctive, powerful need to pursue her, and his certainty that he can never have her. Drawn into the world of the Mephisto, Mariah's mental boxes begin to fly open, and all that keeps her from slipping off the edge is her unlikely, sexually charged friendship with Phoenix. He's incredibly screwed up; she's completely broken. It would take a miracle for them to find happiness. Then Eryx brings the war for Hell to a whole new level, forcing Mariah and Phoenix to make a choice that will bind them together for all eternity, or rip them apart forever. Only You was previously published as The Mephisto Mark by Trinity Faegen. This title is New Adult with graphic language and sexual situations, as well as references to past child abuse and sexual assault.