Only Shoot Once — Patrick Sullivan 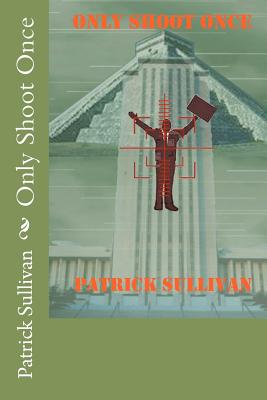 
Only Shoot Once: A book of action and intrigue What if you woke up from a dream of being sent on a suicide mission, your family murdered and made to look like an accident and you left for dead to find out it was not a dream? Do that to a sniper and then you have a motivated killer who will find you, put a bullet in you and you'll never hear it coming. Get a look at the drama from the snipers point of view without ever knowing who he is until the end. The sniper is hounded by Detective Damon O'Brian who was looking at the end of his career with a plan of rest, beach and fun. That is until a string of homicides are assigned to him by the governor for no apparent reason. Jurisdiction problems and agency involvement smell of a hit but ordered by whom? You add South American gold and an Inca priest into the mix and you have a mystery that leads nowhere. "Only Shoot Once" gives a glimpse of the snipers life and the betrayal of his country or was it someone else. The loss of his family coupled with the betrayal of what he thinks is his government brings him to revenge when he finds out his family was actually murdered. Then you find this lone sniper is killing people that have no connection or any traceable past. Detective O'Brian has to find out who the lone sniper is and stop him. Problem is the sniper is dead. Someone is helping in the investigation without anyone knowing who it is. Why? In the end where O'Brian has to decide to shot him or let him go. Clue driven with a twist or two, the book weaves lies of family murders into treachery and betrayal, leaving one person with the ultimate choice of the law or justice. I have recently completed this character driven 78,000-word suspense thriller entitled Only Shoot Once.