One Night with a Cowboy — Elizabeth Otto 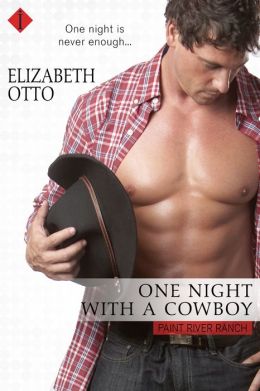 Share:
Jobless, broke, and struggling to support herself and her invalid mother, paramedic Sophie Miller doesn't have time or energy for a relationship. Especially with her mother's clock ticking down. So when the sexy cowboy she meets at a carnival proposes a no-strings, one-night stand, she's all over it. Until her one-night stand shows up again and turns out to be everything she's ever wanted.

Tucker Haywood has his hands full running Paint River Ranch and trying to deal with all the changes pulling the rug out from under him. His past has taught him it's better to keep women at arm's length, for their sake. Stubborn and temperamental, Tucker doesn't have a clue how to deal with a city girl who's scared of squirrels and dirt.

So when Sophie gets under his skin, he has to do whatever it takes to push her away. Even if it means losing the part of himself he never thought he'd find.