One and a Half Stone of Stories — Gerald Anderson 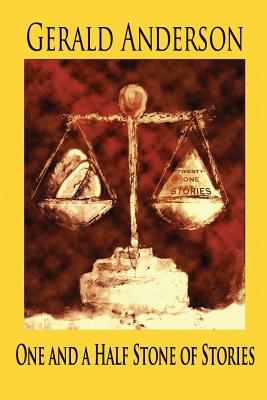 This book is a collection of short stories featuring Sheriff Palmer Knutson and Scotland Yard detective Robert Wainwright. In British terms, a stone is a unit of weight equal to fourteen pounds. There are twenty-one stories, so this comes to about a stone and a half's worth of fiction. Palmer Knutson is the Sheriff of Otter Tail County in Minnesota, a Norwegian American of the sort who populates the fictional Lake Wobegon. He is the protagonist of the popular Palmer Knutson mystery series of novels by the author. With the support of his faithful wife, Ellie, and his trusty deputy, the Swedish American Orly Peterson, Minnesota sleeps better with Knutson on the job. Robert Wainwright made his first fictional appearance as a young police constable in the novel Saving England. In this collection of short stories, Wainwright always seems to be in the right place at the right time. Somewhat reminiscent of Forrest Gump, he solves mysteries during the evacuation of children from London in 1939, a murder in the blitz in 1940, becomes involved in the Hess affair, deals with post war rationing, the severe economic times of the late 1940s, the coronation of Queen Elizabeth, the Suez Crisis of 1956, and on up to the Falklands war of 1982. A promotion usually follows each successful case and by retirement, he is a satisfied and respected Detective Chief Inspector.