Once Upon a Cross — Thom Lemmons 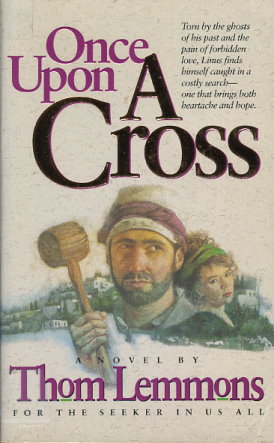 "Linus! Carpenter! Awake and let us in!" The insistent summons broke the silence of the night, pulling a simple carpenter into the most dramatic chain of events ever to touch mankind.

Commissioned to build a cross for the crucifixion of a rebellious Teacher, Linus finds himself strangely drawn to the controversial man who has angered the Sanhedrin. Stricken by anguish and guilt at the Nazarene's death, Linus flees Jerusalem, setting out on a costly quest for both truth and life.

It is a search shared by Janice, the modern-day writer who tells Linus' story. As the struggles of this carpenter unfold, Janice finds herself in a desperate search for answers to the questions that weigh on his heart -- and her own.

From the ancient streets of first century Jerusalem , to a crowded American city, follow two seekers in a gripping quest that spans the ages.