On a Couch Somewhere in America — J.D. Knight 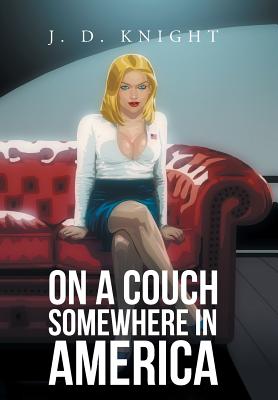 
Dr. Michael Berman is a workaholic psychiatrist who prays for a God and dreams for peace. As he struggles to define his own reality and answer the questions of his lucid nightmares, Dr. Berman sees patient after patient in his office, hoping he can help them more than he can help himself. But the truth is that Dr. Berman does not always have the answers.
Between his appointments with his patients-who face a wide range of problems-Dr. Berman flips on his office stereo and lies on his own couch, determined to nap his troubles away. But instead, he is plagued by visions that cause him to question everything in his life. Is he an existential pessimist? Why has he been lying to his patients lately? Is the beautiful woman he dreams about real?
In this novel, a psychiatrist floats somewhere between sanity and insanity as the voice of his stereo leads him on an unstoppable path to his destiny.