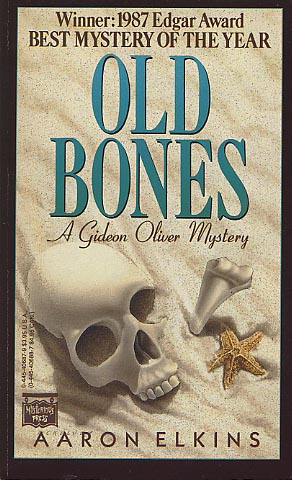 
When the treacherous tides of Mont St. Michel claim the aged patriarch of the du Rocher family, the authorities accept the verdict of "accidental drowning." But the unfortunate event is followed too quickly by a strange discovery: the discovery of a human skeleton, wrapped in butcher paper, beneath the stone flooring of the ancient du Rocher chateau.

Dr. Gideon Oliver, the American "skeleton detective;" is asked to examine the bones. His analysis correlates with the turning up of other clues, including the scorched remnants of an S.S. Obersturmbahnfuhrer's uniform--and the police conclude that the remains are those of a Nazi officer known to have been murdered in the area in 1942.

But Oliver has his doubts. Then, when one of the remaining du Rochers is poisoned, the doubts gel into one certainty: someone wants old secrets to remain buried... to conceal identities of murderers past and present.