Of Ice and Shadows — Audrey Coulthurst 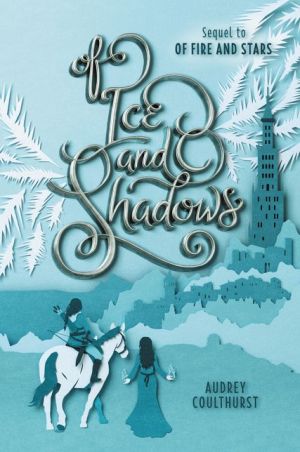 The long-awaited sequel to the acclaimed YA fantasy Of Fire and Stars! Mare and Denna travel to a new and dangerous kingdom where Denna will be trained to tame her magic by a mysterious queen who is not all she seems. Perfect for fans of Malinda Lo and Kristin Cashore.

Princesses Denna and Mare are in love and together at last -- only to face a new set of dangers.

Mare just wants to settle down with the girl she loves, which would be easier if Denna weren't gifted with forbidden and volatile fire magic. Denna must learn to control her powers, which means traveling in secret to the kingdom of Zumorda, where she can seek training without fear of persecution. Determined to help, Mare has agreed to serve as an ambassador as a cover for their journey.

But just as Mare and Denna arrive in Zumorda, an attack on a border town changes everything. Mare's diplomatic mission is now urgent: she must quickly broker an alliance with the Queen of Zumorda to protect her homeland. However, the queen has no interest in allying with other kingdoms -- it's Denna's untamed but powerful magic that catches her eye. The queen offers to teach Denna herself, and both girls know it would be dangerous to refuse.

As Denna's powers grow stronger, Mare does her best to be the ambassador her kingdom needs. Her knowledge of Zumorda and its people grow, and so too do her suspicions about the queen's intentions.

As rising tensions and unexpected betrayals put Mare and Denna in jeopardy and dangerous enemies emerge on all sides, can they protect their love and save their kingdoms?
Reviews from Goodreads.com 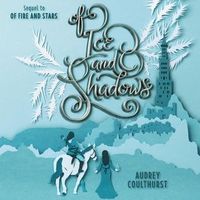