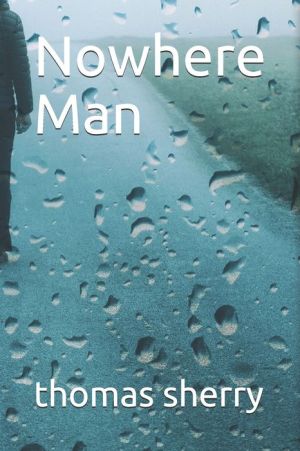 
A novel about a 33 year old man living with a schizoid personalitydisorder. The novel is told through a first person narrative as a methodof showing the deep thoughts and insights into what it’s like to live withthis disorder. The person is called Patrick Harratt he lives alone in a 1bedroom flat in mayberry. He works for a warehouse called TWC thatpackages DVD’s books CD’S to retailers. It’s a low wage job that isincredibly boring and mundane. He lives a solitary isolated with no realfriends, he never goes out has no real social life. Has never had aromantic relationship. It should also be said that Patrick Harratt is a bisexualman. He is unable to express his emotions his deep feelings. Hehas a close friendship with a person called Peter Allen. Thererelationship in Patrick’s mind became deeper he developed a romanticlove for peter. His emotional limitations prevented him from ever sharinghis love for peter. This story shows the development of his conditionfrom childhood to adolescence onto adulthood. It shows how it adverselyaffected his life. The fact he took a low wage where there was requiredonly a limited set of social skills. Where if he didn’t suffer from SPD hecould go to university have a high skilled job. It shows how having thiscondition prevents him from getting any relationships from travelling theworld from ever going out. How Patrick is only ever happy in isolationalone in his flat with nobody to talk too. How he has no desire to havefriends has little desire for sexual relationships yet feels desperately alone.That there is this dichotomy between wanting to be alone and feels thisdepression this sadness at the isolation. This sense of being a prisonertrapped in this personality wanting to be different wanting to be freefrom this condition. Patrick has these thoughts of suicide. He has livedwith depression his entire adult life. He never tells anybody about how he feels. He is completely unable to expose himself to be vulnerable aroundpeople. So the depression remains trapped within him. The relationshipwith peter consequently goes nowhere it tragically drifts apart as Peterfinds a better more substantive job and they never see each other again.Other friendships also drift apart as Patrick never goes out never answersthe phone. Generally makes no effort in maintaining the friendships. Thenovel has no real ending just the fact Patrick is trapped with thispersonality in a sad empty life. In a small flat in Mayberry with a shittyboring job with no real life. The other factor to talk about is how Patrickescapes his dreary grey reality by creating a elaborate vast interiorfantasy life. In this fantasy life he is a extroverted charismatic personalitywho he always dreamed of being. He is a successful musician with abeautiful wife. He lives he travels the world with glorious excitingexpansive life experiences. Is friends with many famous people. He is richsuccessful is seen as a hero by millions of his adoring fans. Living in thisfantasy world is a way of functioning of escaping reality of numbing thepain of being this way. So divorced from mainstream society being sosocially inept.