Nothing But the Truth — Kara Lennox 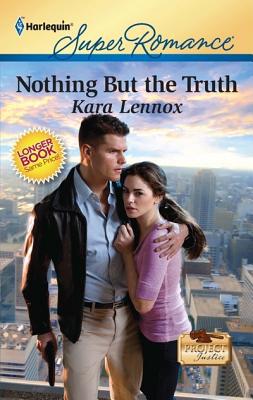 Someone is out to ruin her...

As chief legal council for Project Justice, widow Raleigh Shinn doesn't seem the type to accept bribes. Still, Griffin Benedict has an anonymous tip that points to her guilt. And if he wants to make the move to national news anchor, he needs a sensational story.

But nothing is as it seems. Including the do-good lawyer. Underneath shapeless suits and oversize glasses hides an exceptional beauty. Now Griffin not only seeks an exclusive, he wants to uncover Raleigh's secrets for himself.

When lies turn to attempted murder, they must hunt down the truth together...to prove her innocence, protect an honest man and save both their lives.
Reviews from Goodreads.com