Not to Be Taken — Anthony Berkeley 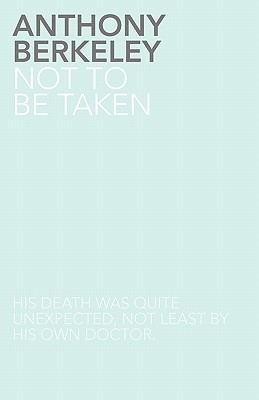 A classic case of the apparent suicide that proves to be murder. John Waterhouse's death certificate gives cause of death as gastric ulcers, but when his brother insists on the body being exhumed so that a post mortem can be carried out, it proves the case that poison has been at work. Will Douglas Sewell, who watched his good friend die, be able to use his knowledge of those concerned to unravel the clues and uncover the murderer?
Reviews from Goodreads.com