Not a Drill — Lee Child 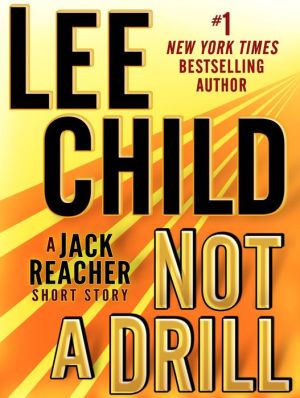 In this eBook exclusive short story from Lee Child, Jack Reacher is again on the move. But even a pleasant hike on a beautiful summer day turns into a walk on the wild side . . . and perhaps something far more sinister.

Jack Reacher is on the road, hitching a ride with some earnest young Canadians who are planning a hike through some of the last unspoiled wilderness in North America in the dense forests of Maine. They part ways after sharing a hot meal, and Reacher checks out a quiet town surrounded by countryside serene enough to cool even his raging wanderlust. But not for long. First the trail is suddenly and inexplicably closed. Then the military police show up in force. Maybe it’s a drill. Or maybe it’s trouble—the kind of trouble that always finds Reacher, no matter how far he travels off the beaten path.

Praise for Lee Child and his Jack Reacher novels

“Welcome to the relentless world of Jack Reacher and his impressive tendency to be in the wrong place at the right time. . . . Child has created an iconic character that other thriller writers try to emulate but don’t come close to matching.”—Associated Press

“The Reacher novels are easily the best thriller series going.”—NPR

“Child is a superb craftsman of suspense.”—Entertainment Weekly

“The truth about Reacher gets better and better.”—Janet Maslin, The New York Times

“[A] feverishly thrilling series . . . With Child, you can always count on furious action.”—The Miami Herald