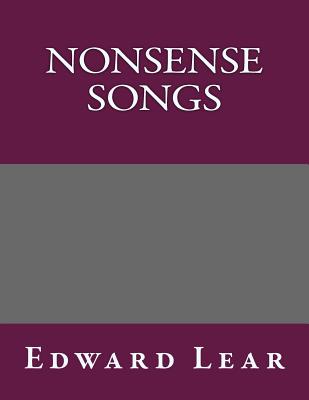 Share:
How pleasant to know Mr. Lear!
Who has written such volumes of stuff.
Some think him ill-tempered and queer,
But a few think him pleasant enough.

So wrote Edward Lear upon the first publication of these Nonsense Songs in 1871, and few poets indeed have captured the imagination of children as he has. His playful use of language, his celebration of the absurd, his love of pure nonsense have secured his place on the shelves of childhood libraries for generations.

This new edition of his Nonsense Songs has all the favorites--the romantic "Owl and the Pussy-Cat" and the silly "Jumblics"--as well as many other rhymes that may be new to young readers--"The Pelican Chorus" and the hilarious "New Vestments."

Newly commissioned illustrations by Jonathan Allen and an introduction by Naomi Lewis make this the edition of choice for a new generation of readers.

His Waistcoat and Trousers were made of Pork Chops;--
His Buttons were Jujubes, and Chocolate Drops;--
Hi Coat was all Pancakes with Jam for a Border,
And a girdle of Biscuits to keep it in order.