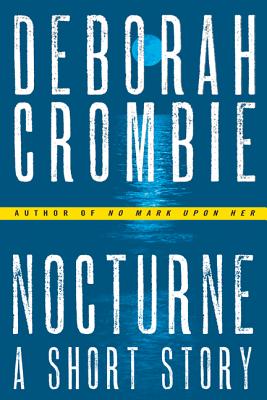 Share:
For a limited time, download Nocturne, an original short story by bestselling author Deborah Crombie, that leads into her forthcoming novel, No Mark Upon Her.

In No Mark Upon Her, Olympic rowing hopeful and Metropolitan Police officer DCI Rebecca Meredith goes out to train on the river in Henley on a dark afternoon in late October. When, the following morning, her ex-husband realizes she hasn't returned, a search is instituted and a K9 search and rescue team finds Meredith's body in the river.

Scotland Yard superintendent Duncan Kincaid, returning from a family celebration of his marriage to Inspector Gemma James, is called to investigate Meredith's death. He soon finds that both Meredith's rowing colleagues and her ex-husband might have had good reason to want her dead. But when an attempt is made on the life of one of the search and rescue team members who found Meredith's body, Kincaid realizes the case may be more complex and more dangerous than he believed. It is Gemma, however, who discovers that Meredith's murder may be connected to enemies within the heart of the Met itself, and together Duncan and Gemma must endanger their careers and their lives to bring the killer to justice.