No Such Thing as a Secret — Shelly Fredman 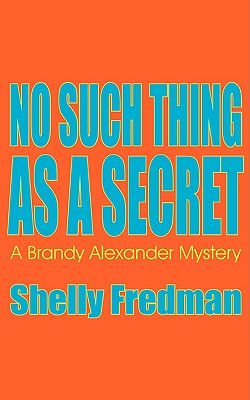 Share:
Meet Brandy Alexander, a young woman from South Philadelphia, with a big mouth, an even bigger heart and a little problem with impulse control. It?s not her fault trouble seems to follow her around. Okay, it is her fault, but why quibble over details? When Brandy (a puff piece reporter for a local Los Angeles TV news station) returns to her hometown, after a four year absence, she is thrilled to be reunited with friends and family. But her joy is short-lived when her best friend, John, becomes the victim of a tragic accident. Brandy is alone in thinking that the death is no ?accident,? and as she sets out to prove her theory, she stumbles upon a political scandal of major proportions. Things begin to heat up when it appears that her former boyfriend, police detective Robert Anthony DiCarlo, is involved in sabotaging the investigation. The one thing Brandy knows for sure is that people keep turning up dead, and if she doesn?t get some answers, fast, she could end up on the short list. As Brandy searches out the truth, she gains some unexpected allies, including sexy, dangerous, street-savvy Nicholas Santiago, and the now-married Bobby, who still holds a torch for his former girlfriend. With humor, guts and determination Brandy tackles each challenge, be it dodging a bullet or resisting that box of Tastykakes in the cupboard. Murder, mayhem and romance abound in Shelly Fredman?s novel, proving there really is No Such Thing as a Secret.