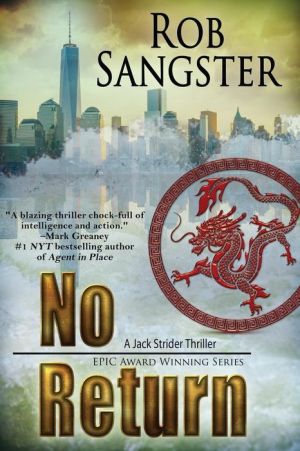 
San Francisco lawyer Jack Strider sank everything he had into an offshore mining operation. Now he's about to go broke. Worse, a Wall Street CEO, a Saudi prince, and the president of China all want him dead. And he doesn't know why.

Cormack Slade, megalomaniacal CEO of an international banking juggernaut, is cornering the supply of Rare Earth Elements. Without these elements, computers, smart phones, nuclear reactors, military jets, and other critical technology simply won't function. If Slade succeeds, he'll be the most powerful man in the world. If he fails, his firm will go bankrupt and trigger a cascade of business failures so massive no government can stop it.

To get the money and answers he needs, Jack is forced to navigate the wild whitewater rapids on the River of No Return. All too soon, he's trying to outrun assassins and stop the catastrophe that will take Wall Street down. To survive, Jack will have to stop running and gamble everything, including his life.