No Rest for the Dead — Sandra Brown 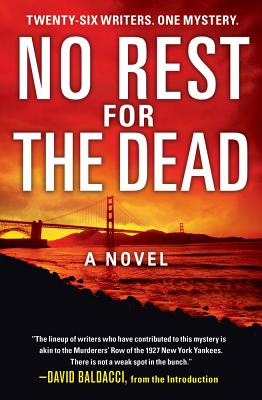 Share:
When a ruthless curator at San Francisco's McFall Art Museum is murdered, his wife is the primary suspect. She is tried, convicted, and executed. Ten years later, Jon Nunn, the detective who cracked the case, is convinced that the wrong person was put to death. With the help of the dead woman's friend, he plans to finally uncover the truth. Solving this case may be Nunn's last chance for redemption . . . but the shadowy forces behind this murder will stop at nothing to silence the past forever.
ONE GRIPPING STORY WRITTEN BY TWENTY-SIX TOP AUTHORS

Each of these bestselling writers brings his or her distinctive voice to the narrative, building the tension to a shocking, explosive finale. No Rest for the Dead is a thrilling, page-turning accomplishment that only today's very best authors could achieve.