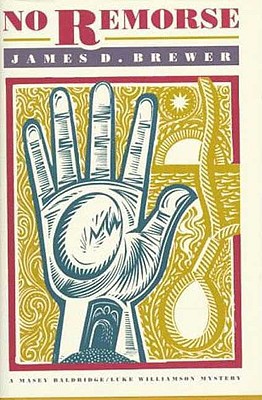 Masey Baldridge knew drunks, and he knew that Stuart Van Geer was not drunk. He also had serious doubts about the man's guilt. All he could be certain of was that Van Geer had confessed to the murder of his own father and that the widow was willing to pay a lot of money to the newly formed Big River Detective Agency to clear her son's name before the hanging. Given that his partner in the enterprise, Captain Luke Williamson, was beginning to complain about all the expenses and the meager five dollars they had earned, Baldridge was willing to take the ease. It was during the funeral that he began to have doubts about the wisdom of his decision.
For Williamson, the doubts began earlier: Like every other man on the river, the Captain hated Van Geer and the way he had done business; he didn't even doubt that Stuart had disliked the old man as much as everyone else did. But it takes a lot to kill your own father, and Luke had to agree with his partner that something just didn't seem right.
What didn't bother him was the fact that there was a connection in the case to Louisiana, and the Louisiana, or someone who lived there, held some very special memories. As Baldridge and Sally Tyner, the third member of the sleuthing team, begin to put together the pieces of a bizarre and twisted puzzle in St. Louis, Williamson travels downriver to Hardserabble Plantation, where a part of the past waits to be reclaimed and clues to a murderer wait to be uncovered.
Reviews from Goodreads.com