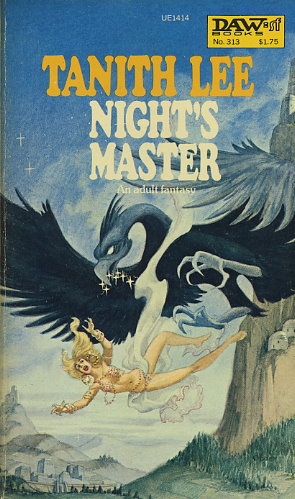 In those days the Earth was not a sphere and the demons dwelled in vast magical caverns beneath its surface. Wondrous cities dotted the land and strange peoples and fabulous beasts prowled the deserts and jungles of the world.

Supreme among those mighty demons was Azhrarn, NIGHT'S MASTER. He it was whose pranks made nightmares on Earth, who brought desire and danger to those it amused him to visit, and who could grant wonders and create honors unspeakable.

Tanith Lee, author of THE BIRTHGRAVE and VOLKHAVAAR, has created in this new novel a fascinating version of the world as it might have been, a world reminiscent of the Arabian Nights and yet utterly unique.
Reviews from Goodreads.com