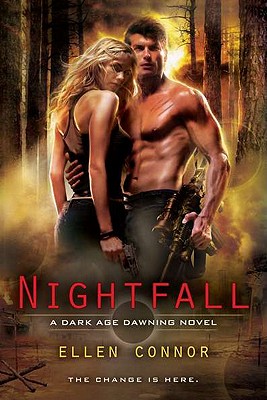 Growing up with an unstable, often absent father who preached about the end of the world, Jenna never thought in her wildest nightmares that his predictions would come true. Or that he would have a plan in place to save her-one that includes the strong, stoic man who kidnaps and takes her to a remote cabin in the Pacific Northwest.

The mysterious ex-Marine named Mason owes a life-debt to Jenna's father. Skilled and steadfast, he's ready for the prophesied Change, but Jenna proves tough to convince. Until the power grid collapses and mutant dogs attack-vicious things that reek of nature gone wrong.

When five strangers appear, desperate to escape the bloodthirsty packs, Jenna defies her protector and rescues them. As technology fails and the old world falls away, Jenna changes too, forever altered by supernatural forces. To fight for their future, she and Mason must learn to trust their instinctive passion-a flame that will see them through the bitter winter, the endless nights, and the violence of a new Dark Age.
Reviews from Goodreads.com