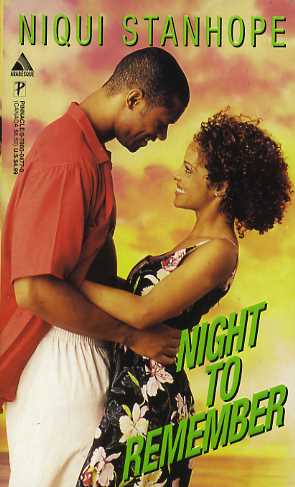 
SOME MOMENTS A WOMAN CANNOT FORGET
Traveling home to visit family in Guyana, Dr. Alana Britton found herself fascinated by a tall, handsome man in the airport giftshop. Moments later, she was gazing into his warm charcoal eyes, and struggling to keep her composure. Something about this disturbingly sexy stranger affected her the way no man ever had, and as she ran to make her flight, she reassured herself it was only a harmless flirtation with someone she'd never lay eyes on again--until he took the seat next to her on the plane...

LIKE THE MOMENT HE STEALS HER HEART
Businessman Damian Collins made no secret that he wanted to seduce Alana. After an unscheduled layover in Trinidad grounded her with no hotel room, she reluctantly accepted his offer to share his suite. Soon, their hours together on that lush island turned sultry, filled with temptations to entice all of Alana's senses. Certain Damian's passionate love was just a romantic interlude not meant to last, she told him an unforgivable lie, one that became a web of deception she could not escape, even when she wanted him forever and not just for a...NIGHT TO REMEMBER