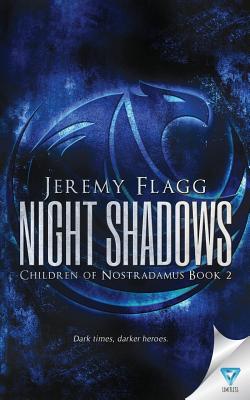 The Warden is dead, and yet nightmares of him continue to plague Conthan and Vanessa. Since the collapse of the Warden’s abominable Facility, the Nighthawks rescue persecuted Children of Nostradamus and relocate them to an abandoned town in upstate New York. However, the team is fractured by the abuse of power, personality clashes, and disenchantment with their cause. It will take a tragedy for them to rally. A civil war erupts on American soil when a former dark alliance between the President and the Warden is discovered. The Genesis Division, controlled by a shadow organization known only as The Society, manufactures a synthetic army to keep the President—their greatest pawn—in power. Jacob Griffith, their leader, finds his telepathy expanding exponentially and begins hearing power-hungry voices urging him on to bigger conquests. As the synthetic army attacks the Nighthawks, a psychic’s diary is unearthed. Eleanor Valentine’s diaries reveal the liberation of the Facility was only the start of their mission. Armed with this information, the Nighthawks seek President Joyce, the only living person with ties to the psychic. But when they infiltrate the White House, they find themselves caught in a situation more complex and deadly than they could have ever anticipated…and their actions may be what destroys the country.
Reviews from Goodreads.com