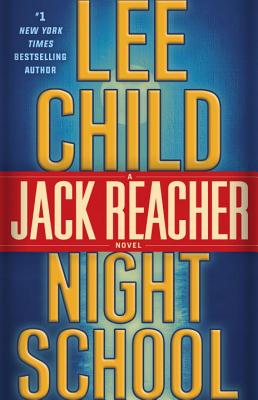 It's 1996, and Reacher is still in the army. In the morning they give him a medal, and in the afternoon they send him back to school. That night he's off the grid. Out of sight, out of mind.

Two other men are in the classroom -- an FBI agent and a CIA analyst. Each is a first-rate operator, each is fresh off a big win, and each is wondering what the hell they are doing there.

Then they find out: A Jihadist sleeper cell in Hamburg, Germany, has received an unexpected visitor -- a Saudi courier, seeking safe haven while waiting to rendezvous with persons unknown. A CIA asset, undercover inside the cell, has overheard the courier whisper a chilling message: “The American wants a hundred million dollars."

For what? And who from? Reacher and his two new friends are told to find the American. Reacher recruits the best soldier he has ever worked with: Sergeant Frances Neagley. Their mission heats up in more ways than one, while always keeping their eyes on the prize: If they don't get their man, the world will suffer an epic act of terrorism.

From Langley to Hamburg, Jalalabad to Kiev, Night School moves like a bullet through a treacherous landscape of double crosses, faked identities, and new and terrible enemies, as Reacher maneuvers inside the game and outside the law.
Reviews from Goodreads.com

This book was a small island in the Jack Reacher series. We find ourselves back in 1996 and Reacher is still in the army and he's 35 years old and in Germany - No explanation and no lead up from present-day retired Reacher. That was the most confusing thing about this book. Once i got my head around that total change of scene, I tried to get into this story. I kind of succeeded, but I found that the plot tension was lacking and the story dragged a bit. I was a bit disappointed, but he is still Jack Reacher, and that redeemed the book a bit. He definitely carried the story because the supporting characters weren't as good as usual. This book can be read as a stand-alone book, and if you're a Jack Reacher fan, your study in Reacher won't be affected if you give this book a miss, but for me, it was good to see Reacher at his peak and still with the military. Mixed emotiions about this one.