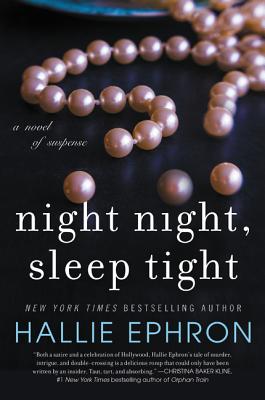 Share:
From the award-winning author of There Was an Old Woman comes a riveting tale of domestic noir, infused with old Hollywood folklore and glamour, set in a town rife with egotism and backstabbing and where fame and infamy are often interchangeable.

Los Angeles 1986: When Deirdre Unger arrived in Beverly Hills to help her bitter, disappointed father sell his dilapidated house, she discovers his lifeless body floating face down in the swimming pool. At first, Deirdre assumes her father's death was a tragic accident. But the longer she stays in town, the more she suspects that it is merely the third act in a story that has long been in the making.

The sudden re-surfacing of Deirdre's childhood best friend Joelen Nichol -- daughter of the legendary star Elenor “Bunny” Nichol -- seems like more than a coincidence. Back in 1958, Joelen confessed to killing her movie star mother's boyfriend. Deirdre happened to be at the Nichols house the night of the murder -- which was also the night she suffered a personal tragedy of her own. Could all of these events be connected?

Her search to find answers forces Deirdre to confront a truth she has long refused to believe: beneath the slick veneer of Beverly Hills lie secrets that someone will kill to keep buried.