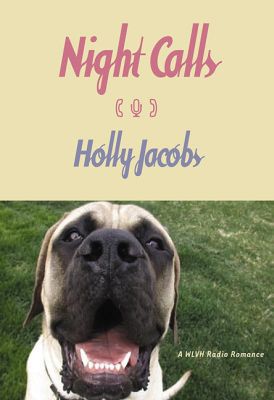 Welcome back to WLVH Lovehandles, where love is more than just a song.
Cassie Grant's nighttime radio program, Night Calls, centers around the belief that true love exists, that it matters. Unfortunately, Cassie's own love life disappears when she breaks off her engagement. So she does the only thing she can do--she declares herself a spinster and buys...a dog (she's allergic to cats). A big dog, because it's going to take something pretty big to make her forget that she can find love for everyone but herself.
Jonathan Cooper is a lawyer who learned long ago that happily-ever-afters are fairy tales. He and Cassie have become friends since he moved next door. But every single man knows that while you can be friends with an engaged woman...there's no way it will work with a single one. Especially a crazy one who just bought an Old English Mastiff that looks more like a small pony than a dog.
For a woman who's given up on fairytale endings and a man who's never believed in them, it seems impossible that they might find a happily-ever-after of their own.
Reviews from Goodreads.com