Next of Kin — Tracy Montoya 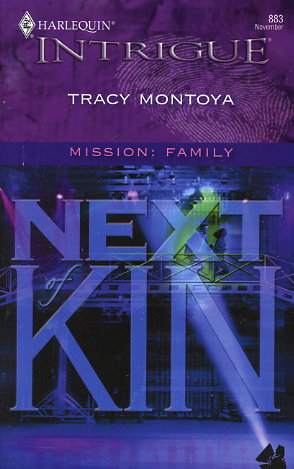 THEIR SECOND CHANCE
As if discovering a dead body in the university library and becoming a killer's next target weren't stressful enough, librarian Celia Viramontes's bodyguard was none other than Detective Danny Rodriguez, the man who'd stolen -- and broken -- her teenaged heart. Could she now trust him with her life?

COULD BE THEIR LAST
For Danny, being with Celia 24/7 was like a dream -- and a nightmare. Every time he looked at her, Danny was reminded of the tough choices he'd made in the past, choices that had hurt Celia to the core. But if a criminal thought he'd control whatever happened between them in the future, he was wrong...dead wrong.