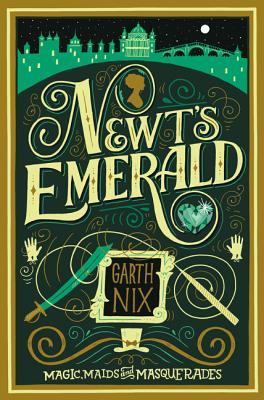 When Lady Truthful's magical Newington Emerald disappears on her eighteenth birthday. she sets off to London to recover the missing gem. Her plan entails dressing up as a man, mustache included, as no well-bred young lady should be seen out and about on her own.

While in disguise. Lady Truthful encounters the handsome but shrewd Major Harnett. who volunteers to help find the missing emerald under the assumption that she is a man. Once she and her unsuspecting ally are caught up in a dangerous adventure that includes an evil sorceress. Newt realizes that something else is afoot: the beating of her heart. Newt's Emerald captures the wit of the forever popular Regency romance genre and adds a fantasy twist.
Reviews from Goodreads.com 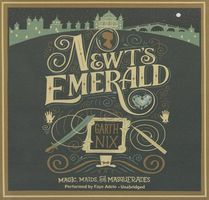 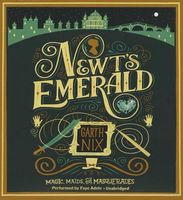