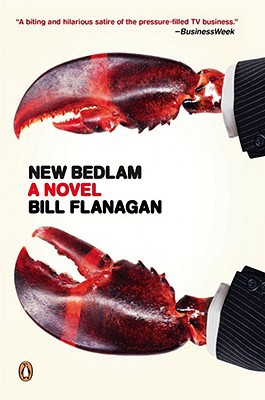 Share:
Meet Bobby Kahn: a smart enough, decent enough man of middle-of-the-road tastes and weaknesses, and network TV's boy-wonder programming executive--until, that is, the morning he gets unceremoniously fired. Frantic to land a new position before the news breaks, he lunges for the job of running a sorry family cable dynasty in the cozy town of New Bedlam, Rhode Island. It won't take Bobby Kahn long to learn that the length in miles between New York City and New Bedlam does not begin to do justice to the distance between the two cities.

But that itself only begins to explain the gulf in taste and instincts between Bobby Kahn and the Kings, one of the more hilariously dysfunctional families in recent American fiction. The patriarch, Dom, who made his fortune in car dealerships and lucked into a cable monopoly in the industry's dark ages, has ceded control of the three networks to his three quarreling children: Annie, the sincere naďf who runs Eureka!, the pretentious arts channel; Skyler, the cocky social climber who runs BoomerBox, the old sitcom rerun channel; and the family black sheep, the cretinous Kenny, who presides over the Comic Book Channel, a safe house for ill-socialized comic book devotees. Complicating matters, Bobby learns, is the extent to which the family is in foul odor in New Bedlam: the Kings' family secrets, and the enemies the family has made along the way, are just a few of the obstacles Bobby has to traverse if he's going to make turning around King Cable, his shot at redemption, work out.