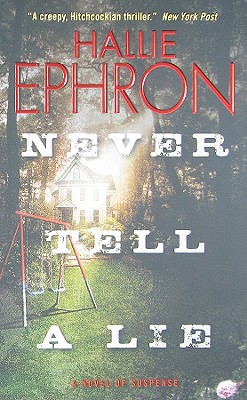 Share:
It all started with the yard sale. Ivy was eight months and one week pregnant when she insisted that she and her husband, David, clean out the junk they'd inherited with the old Victorian house they'd bought three years before. Call it nesting, call it nerves--she just wanted it all gone: the old electrical fixtures, the boxes of National Geographics from the 1960s, the four black wool greatcoats.

Neither she nor David recognized the woman at first. But it turned out that the customer asking about the lime-green glass swan dish--the woman who looks just about as pregnant as Ivy--was none other than Melinda White, a former high school classmate of David and Ivy's. When Melinda was a child she used to play in their new house, she explained. It looked like they'd been doing some work. Would it be all right if she took a look around? David took Melinda inside. And she never came out.

Now David's under police suspicion, and Ivy finds herself digging deep into the past to clear his name. But David's history, she begins to discover, is not necessarily the history she remembers, and before long Ivy has uncovered a twisted web of deceit, betrayal, and lies, both the ones we tell those we love and the ones we tell ourselves. . . .