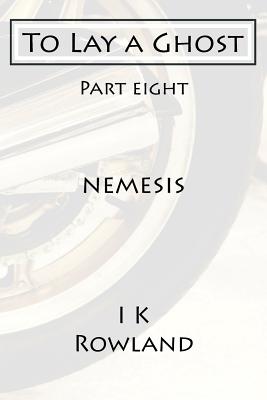 
The entire group of friends have to come to terms with the death of Ewan, particularly as it has come so soon after his triumph at the Music for Mandy campaign. Stephen not only completes his assignment for TV producer Craig but also an extension of that assignment for the parent company, Ultra Television. During the process he continues to worry about the possible interference of unfriendly interests and gradually decides that protective action is necessary. He consults with his agent Quentin and together they meet Craig. All three decide that at that point nobody from Ultra should be included in the loop. Stephen eventually succumbs to the pressure to appear on the Gary Luce Show which is recorded during a visit to London to discuss Stephen's possible future with Ultra; Sylvia Fox, Ultra's Director of Programmes, has continued to try to persuade him to re-join the company. Stephen is astonished when Craig gives him an honest opinion of his abilities and possible future. He is even more astonished when he learns that Craig has also been made an offer by Ultra but has turned it down. When Craig learns that Stephen would be part of the offer, he reconsiders his decision. Stephen, Craig and Craig's partner Lawrence hold a meeting in Heckford, as a result of which a further meeting with Sylvia Fox is convened in London. Both Stephen and Craig accept Sylvia's offer, and Stephen signs a service contract with Ultra, although no date of implementation is agreed. Chaz has already approached Stephen to hold a ceremony to declare their life partnership before their friends and family. Rusty and David then join with them, to make a double ceremony, which is held at Chaz and Stephen's Heckford home. Ciss and Tom stay on in Heckford for a few days after the ceremony, during which time Ciss tells Stephen of the immediate aftermath of the fateful crash in Edenden. It leaves them both emotionally drained. Further arrests at a very senior level are made by the anti drugs police which leads Stephen to worry that the civilian helping police with their enquiries into the matter might be Quentin. Stephen, together with Craig and Darren, Craig's chief editor, make a very successful presentation in London of Stephen's latest software to the senior management of Ultra Television. Prior to the presentation, Stephen sets a trap for the unfriendly parties which is sprung. As a result, attempts to sabotage the presentation are foiled. A further attempt is made to steal the software, which is again foiled, though this time by the police. A number of arrests are subsequently made, which causes consternation at Ultra. At a subsequent meeting of Ultra's entire board of directors, important decisions are taken, and a new non-executive chairman is appointed. Stephen's new position is confirmed.