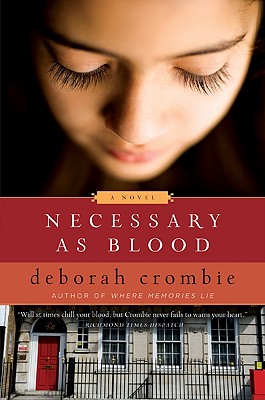 Share:
Once the haunt of Jack the Ripper, London's East End is a vibrant mix of history and the avant-garde, a place where elegant Georgian town houses exist side by side with colorful street markets and the hippest clubs. But here races and cultures still clash, and the trendy galleries and glamorous nightlife of Whitechapel disguise a violent and seedy underside, where unthinkable crimes bring terror to the innocent.

On a beautiful Sunday afternoon in mid May, a young mother, Sandra Gilles, leaves her daughter with a friend at the Columbia Road Flower Market and disappears. Shortly thereafter, her husband, a Pakistani lawyer, is killed. Scotland Yard detective Gemma James happens upon the scene in time to witness the investigator making a mistake.

When Duncan and his trusted sergeant, Doug Cullen, see Gemma's name in the report, they decide to take the case. Working together again, Gemma, Duncan, Doug, and Melody Talbot must solve it before the murderer can get his hands on the real prize, Naz and Sandra's daughter.

But just as the case grows more dangerous, a personal issue threatens to throw Gemma and Duncan off the trail. In the end, it is up to them to stop a vicious killer and protect the child whose fate hangs in the balance.