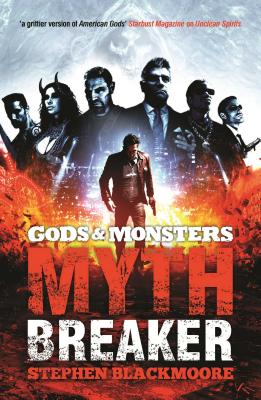 The follow-up to Chuck Wendig's Unclean Sprits is a stand alone tale of new gods facing up to the old ones with humanity in the middle!

Growing up an orphan, Louie had conversations with “invisible friends,” could see patterns in the world that no one else could see. In other times he would have been a prophet – someone to make people believe in the gods. But he grew out of the visions, and then into crime as a drug runner.

Now thirty-five and burnt out, he’s had enough. With access to the mob’s money, he plans to go out in a big way. Only he can’t. A broken down car, a missed flight; it’s bad enough being hunted by the mob, but the gods – kicked out of the Heavens, stuck on Earth without worshippers – need someone who can tell their stories, and they aren’t letting him go.

And there are new gods on the scene, gods of finance and technology, who want him too. Caught between the mob and two sets of rival gods, Louie hatches a plan that will probably get him killed if it doesn’t get him out.
Reviews from Goodreads.com