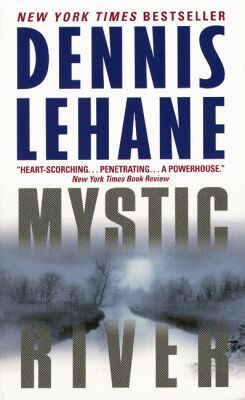 When they were children, Sean Devine, Jimmy Marcus, and Dave Boyle were friends. But then a strange car drove up their street. One boy got in the car, two did not, and something terrible happened -- something that ended their friendship and changed all three boys forever. Twenty-five years later, Sean is a homicide detective. Jimmy is an ex-con. And Dave is trying to hold his marriage together and keep his demons at bay-demons that urge him to do horrific things.

When Jimmy's daughter is found murdered, Sean is assigned to the case. His investigation brings him into serious conflict with Jimmy. And then there is Dave, who came home covered n someone else's blood the night Jimmy's daughter died. While Sean attempts to use the law to return peace and order to the neighborhood, Jimmy finds his need for vengeance pushing him ever closer to a moral abyss from which he won't be able to return.
Reviews from Goodreads.com

For some reason I have never read this classic up to now, but I am glad that I rectified that oversight. This book is a classic at all levels. Lehane is a marvelous author, great character creator, tight plot developer and he uses lots of tension and makes us as readers look at things from a number of different angles as we read his story. He involves the reader in a way that is not that common, especially with thriller writers. This book set in and around the mythical Mystic River is more than a thriller. There is human compassion, tenderness, familial loyalties and a whole host of other emotions depicted in the book. The book is about three boys who grew up together on the "wrong side of the tracks", and then something horrible happens to one of them, but the incident forever changes and shapes the lives of all three boys, not just the small eleven year old victim. We advance 25 years to when all three boys have grown up and have families and have made lives for themselves. And then another horrible event happens to one of them. It forces all three to run the whole gamit of emotions as they each try to deal with this new tragedy. Lehane depicts in a compelling way, how we never get over or forget our past. The past will continue to come up to haunt us as we move through life. He also shows us in an unforgetable way how the sins of fathers (and mothers) affect their children and the effect they have as the children grow into adulthood. A sad, poignant and unforgetable story about life, love, loss, sin and all the consequences from human foibles. 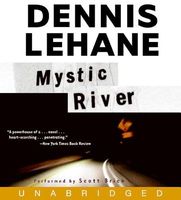 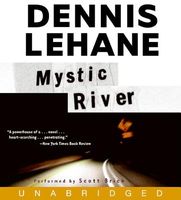 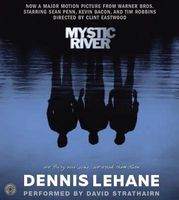 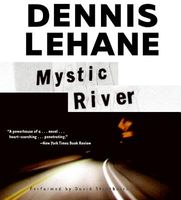