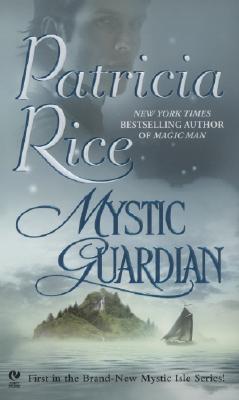 Somewhere off the coast of France, a sun-kissed isle lies hidden from discovery. For centuries, the people of Aelynn have used their magical abilities to protect a sacred chalice. But when a beautiful maiden from the outside world inadvertently takes the chalice, she sets in motion dangerous and far-reaching consequences.... --

Trystan l'Enforcer is Aelynn's powerful guardian. His duty is to enforce the magical shield that safeguards his island kingdom. Loyal and ambitious, Trystan intends to marry a woman whose family will help him guarantee the isle's isolation.

But when a sultry beauty washes up on his shore, his plans take a confounding turn. For she stirs in him a carnal hunger that risks everything he is and must be. Now he must work with her to recover Aelynn's most sacred object -- before the chaotic forces unleashed by the chalice's disappearance lead to devastating destruction.
Reviews from Goodreads.com