Mystery on the Moors — Barbara Michaels 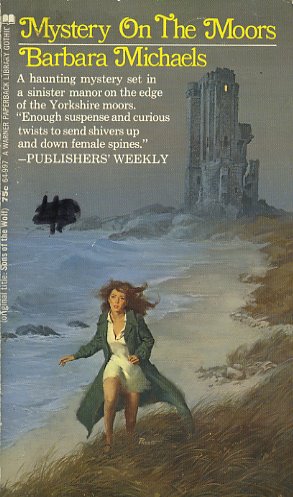 Upon the death of their grandmother, Harriet and Ada, two orphaned cousins, are sent to live with their mysterious guardian, Mr. Wolfson, and his two sons at sinister Abbey Manor.

Ada is a romantic and gentle girl who perceives none of the dangerous tensions of the household. But Harriet soon becomes aware of unaccountable family hostilities, of the whispers of fearful servants, and of the Wolf- sons' mysterious ties to a camp of gypsies out on the moors. Then one of the old servants presents Ada with a sprig of Saint-John's-wort, a talisman against werewolves--and the terror begins. . . .
Reviews from Goodreads.com