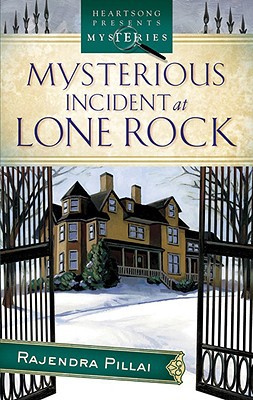 Professor Rich Harrison and his colleague from India Chinni Roy have been invited for a relaxing weekend at Lone Rock, an estate in the country owned by an female friend of Rich's. While Rich anticipates the trip, Chinni is thinking about murder. That's not surprising. After all, he was a police detective in India, so he's always prepared for the worst, carrying his detective kit with him wherever he goes. Turns out that's a good thing. When a shot rings out in the middle of the night and someone is found dead, Chinni uses all his tools and his experience to help the police find a killer. Along the way, Rich learns few things about sleuthing from his detective friend, applying the model of algebraic formula to reach a conclusion, as well as expecting the unexpected-especially in matters of the heart.
Reviews from Goodreads.com