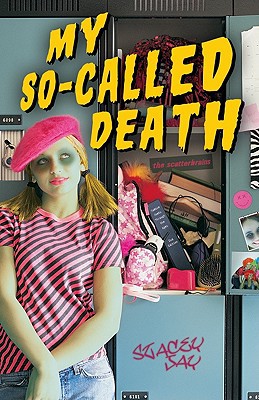 Just because you don't have a pulse doesn't mean you can't be perky. One second, freshman Karen Vera's on top of the most fabulous cheer pyramid ever. The next, she's lying on the pavement with seriously unflattering cranial damage. Freakishly alive without a pulse, Karen learns that she's a genetically undead zombie.

Suddenly, Karen's non-life is an epic disaster. She's forced to attend a boarding school for the death-challenged, her roommate is a hateful wannabe-Goth weirdo, and she's chowing down on animal brains every day to prevent rot (um, ew?). Even worse, someone is attacking students and harvesting their brains for a forbidden dark ritual. And it might be the hottest guy at DEAD High, the one who makes Karen's non-beating heart flutter

Armed with a perky smile and killer fashion sense, it's up to Karen to track down the brain snatcher and save her fellow students from certain zombie death.
Reviews from Goodreads.com