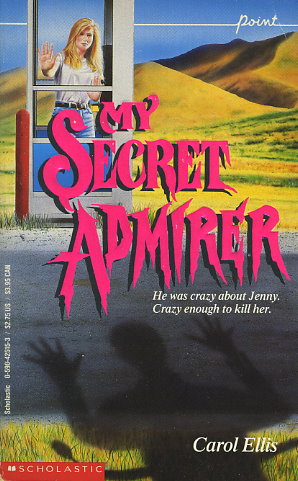 Jenny is new in town. With her parents away, she is all alone in an isolated house. The looming mountains frighten her; the days are hot and stifling. But she already has a secret admirer who courts her with sweet messages and flowers.

Jenny also has an enemy.

Someone leaves a dead rattlesnake at her door. A sinister black motorcycle chases her down a deserted road. Does Jenny know too much about the mysterious "accident" on the cliffs?

Jenny has no one to turn to.

Except her secret admirer....

But who is he?
Reviews from Goodreads.com