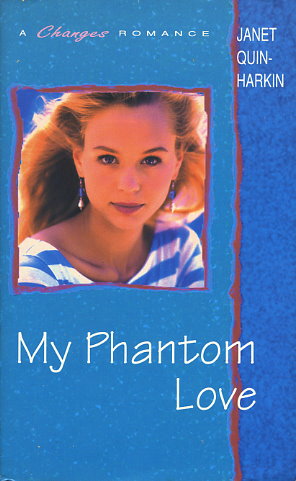 The phantom of Fillmore High…

When Aimee Harrison transfers to a city high school for the performing arts, she expects a world of drama, music, and sophisticated new friends to greet her. Instead, the students at Fillmore High don't want an intruder in their junior year, and their circle is closed to Aimee. Only one person welcomes Aimee, with gifts and encouraging notes -- and that person remains hidden and anonymous.

When Greg finally does reveal himself, Aimee learns he's an outsider, like her. Kicked out of school and home for a crime he says he didn't commit, Greg lives like a phantom in the school's nooks and crannies. As Greg and Aimee fall in love, Aimee urges him to clear his name so that they can be together openly, but Greg says he's not ready.

Aimee wants to believe in him, but how long can any love -- even one as strong as theirs -- survive in the shadows?