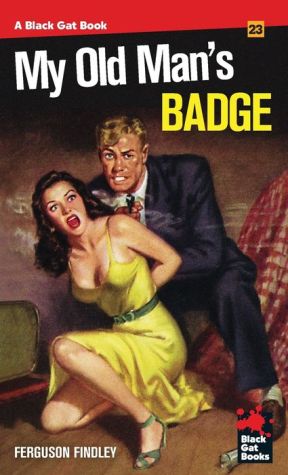 Share:
MY OLD MAN’S BADGE Somewhere along the Bowery prowled a fanatical killer who had vowed to kill one more New York cop to even up his ancient grudge. For years the New York police had been after this murderer… Patrolman Johnny Malone goes undercover to trap him, down into the haunts of the hunted, in the shadows beneath the El, along the waterfront, on the dimly lit Harlem streets, and under the bridges on the lower East Side. For Malone it’s more than a job. The cop-killer was responsible for the death of his father… and now’s he’s returned, determined to kill the son!