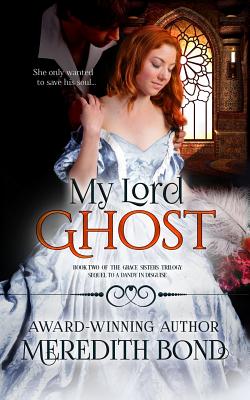 
She only wanted to save his soul. He needed to save her life. Laia Grace wasn’t raised in society and besides meeting men was so much fun! But when the naive Regency miss introduces herself to wrong person, her father decides that it’s time she grew up. If only he knew that the house he was sending her to had a ghost in residence. Marcus is haunting his own home, living in the secret passages and priest holes while he tries to deal with the horrific events that led to his brother’s death. But when an angel shows up and coaxes him into telling her his story, he discovers a reason to live. Will he be willing to risk both his own life and his heart to save her?