My Life As a Fifth-Grade Comedian — Elizabeth Levy 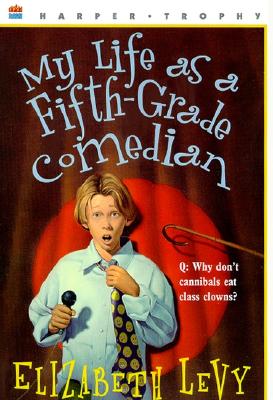 A; Becuase they taste funny.

BOBBY'S situation is no joke. His constant clowning has the principal threatening to send him to the School for Intervention, which is just one step away from reform school. It seems like Bobby's headed down the same road as his brother, who got kicked out of school -- and their home. Luckily Bobby's teacher gives him one last chance: to organize a school-wide laugh-off and get teachers and students to compete for laughs. It'll be every comic for himself as the jokes fly around the auditorium.

Bobby knows he's got to make the contest a success, but nobody -- especially his dad -- thinks he'll be able to pull it off. Can he prove to everybody that he's finally got his act together?
Reviews from Goodreads.com